Iraq is a country in transition. The formal conclusion of major military operations against the Islamic State of Iraq and the Levant (ISIL) in late 2017 paved the way for millions of displaced Iraqis to return home. But returns have slowed since 2018 as the country grapples with post-conflict realities. Intercommunal and societal tensions persist on multiple fronts, political upheavals and natural disasters risk exacerbating existing humanitarian needs, and the spectre of armed conflict and renewed displacement lingers.

The 2020 Iraq Humanitarian Needs Overview highlighted how the impact of the 2014-2017 conflict with ISIL continues to affect the physical and mental well-being, living standards and capacity for resilience and recovery of millions of Iraqis, while also exposing them to significant protection concerns. An estimated 1.46 million people face critical problems related to physical and mental well-being, almost half of whom are children.

The most critical problems aggravating the physical and mental well-being of people needing prioritization in the current humanitarian response relate to (1) inability to meet basic needs; (2) lack of access to basic services; and (3) lack of safe and secure environments. The main drivers behind these critical problems are related to physical and psychological injuries sustained due to exposure to violence or explosive ordnance; protracted displacement of populations both in and out of camps in critical shelter, exposed to harsh weather and unsafe living conditions; and lack of livelihoods opportunities catalysing the use of negative coping mechanisms, including child labour, child marriage and sexual exploitation, which directly affect the well-being of affected populations. 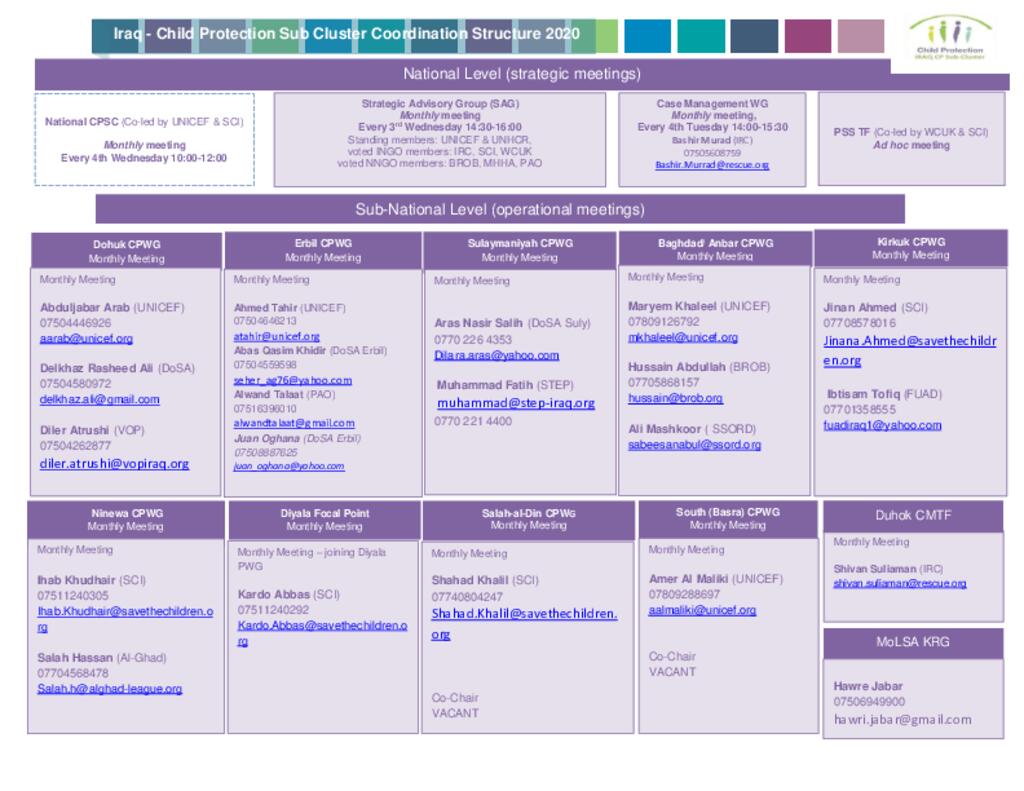